On the night of July 19, 1945, the B-29 "Sharon Linn" was on a mine- laying mission over Niigata. It was hit by anti-aircraft fire near the city of Niitsu, and it crashed in a bend of the Agano River in an area named "Yakeyama". Six of the eleven crew members did not survive the crash. The five survivors spent the few remaining weeks of the war in a Niigata City POW Camp. Photos of the plane and her crew may be viewed at the following: http://philcrowther.com/6thBG/6bgplane03.html.
Posted by brian southwick at 5:48 AM 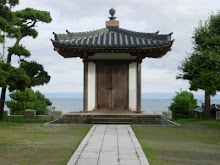 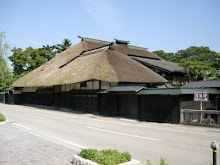